Get A Quote Now

A vehicle’s life span will differ from the amount of care you put into it. You cannot avoid exposure to air moisture, air pollutants, and dirt. If you are residing near Burleigh Heads QLD or are driving near a beach with salt water every now and then the salt particles will mix with the air. It may cause severe harm to your vehicle. Furthermore, leaving your vehicle outdoors may put rust damage caused by harmful elements.

Elements such as rain, dust, snow, dirt, and even bird droppings. Exposure to these may weaken your vehicle’s metal gears consequential to the gathering. Because of this, people were able to invent and use rust shielding in the vehicle to avoid these kinds of damages.

There is a wide range of rust protection you can find in the market today. Almost all promise to achieve a rust-free vehicle. But how can you determine the best rust prevention service used for your vehicle? This is the reason why before buying or availing of computerized deterioration inhibitors or any environmentally friendly, it is important to know what it is and how many benefits you can get. At Ceramic Paint Protection and Detailing Brisbane, We provide vehicle owners throughout the world with a proven, environmentally friendly, cost-effective removal method of protection against rust, rust removal & corrosion removal. 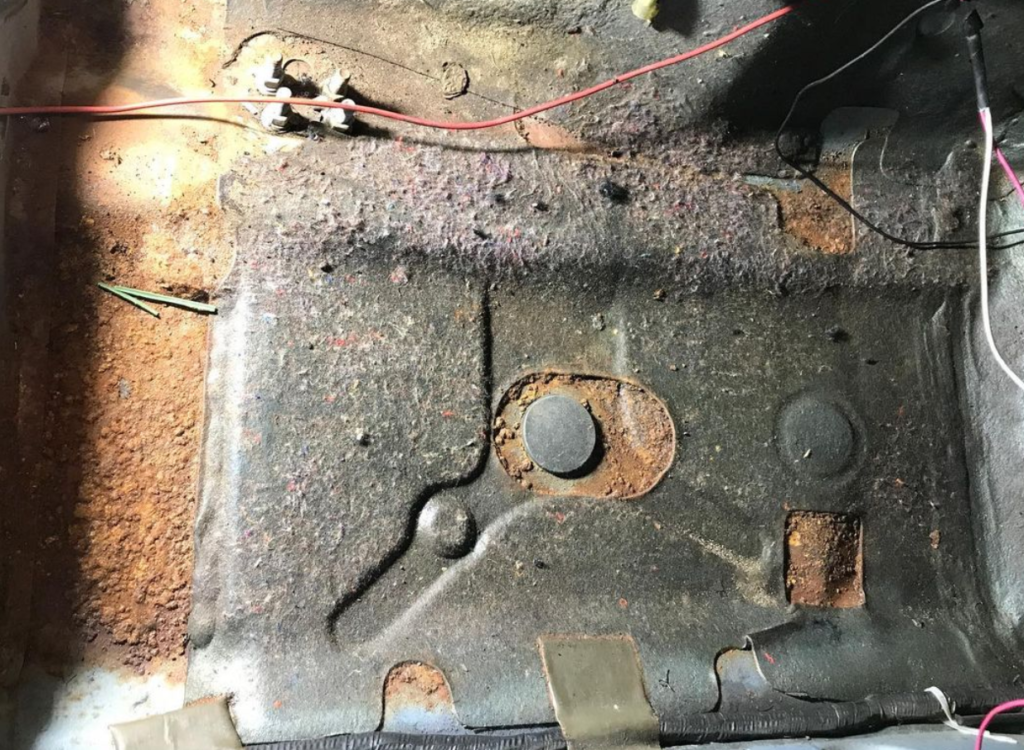 It is an Iron Oxide, more commonly known as rust. This can be formed when the iron and oxygen react with each other with moisture for a long period of time. The rusting process starts when Iron is subjected to nature’s minerals, chemicals, and temperature fluctuations. Rust, aside from its unattractive look, is generally known to weaken the metal. Luckily, with the help of rust shielding, you can shield and extend your vehicle’s life span. Moreover, this removal process can save you a ton of cash in maintenance. Removal and detailing of these elements would extend your vehicle’s life cycle.

There are two types of rust shielding and detailing that are commonly used around Burleigh Heads Qld by professional detailing companies, chemical rustproofing and electronic rust protection (ERPs). The two have similar goals which are to combat vehicle rust but the two differ in each process. Chemical rustproofing, is a process of using heavy-duty chemical shielding. These environmentally friendly services are backed by 10-year warranty conditions to stop rust from forming and retards further oxidation. ERPs on the other hand use unique patented capacitive coupling automation. Removal of different elements and complete detailing on your vehicle would surely help preserve its value and life cycle.

It is one of the most useful shieldings for rust and is a modern way of protecting one’s vehicle. It does not just shield the underbody, but it also shields the whole vehicle.

At Ceramic Paint Protection Brisbane, We sought independent expert opinion and testing, thus we only used the world leader for the best shielding from rust, and rust-free structures. Its patented capacitive coupling automation is fully digitally controlled using state-of-the-art microprocessor automation or corrosion control process and is a wholly-owned and operated Australian company based at Burleigh Heads QLD. Our environmentally friendly products are backed by 10-year warranty conditions and customer reviews making it the world’s best dealer on the market. Couplertec is capacitive coupling automation that protects any type of motor, cars, trucks, buses, heavy machinery equipment, tower generators, and sheds. Heavy machinery equipment tractors forklifts graders loaders dozers excavators cranes etc. Car detailing and removal of different elements such as rust, grime, rain, and dust among others would greatly benefit and protect your vehicle both in the short term and long term. Removal of these elements is crucial in preserving your investment. 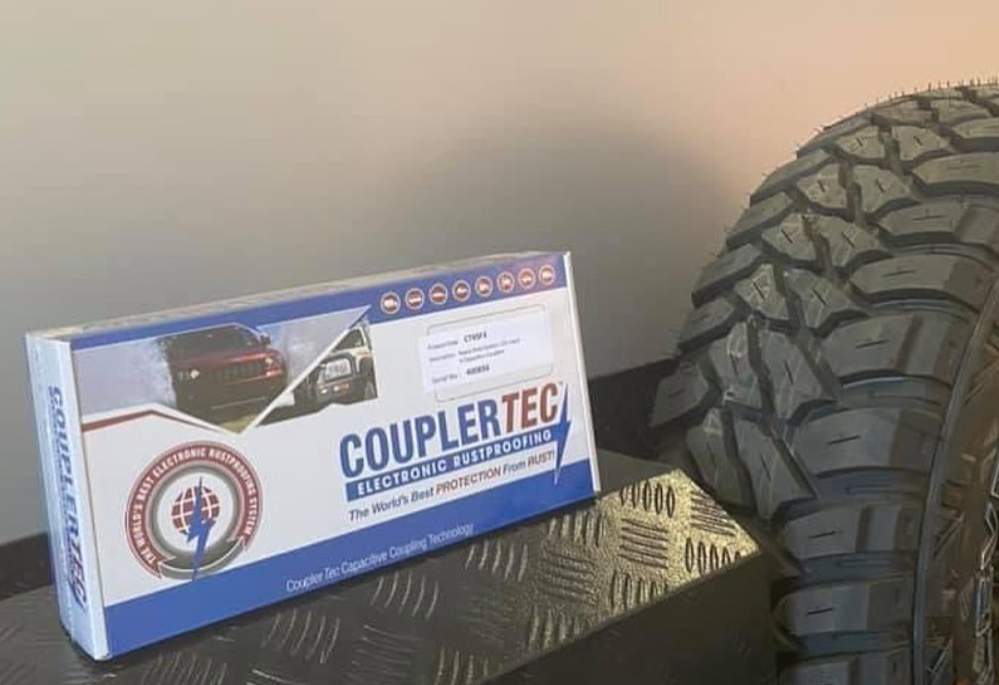 Is Capacitive Coupling Automation is a world leader in the best shielding from rust and our systems are fully digitally controlled using state-of-the-art microprocessor automation and ERP structure or a deterioration control process. You can use it on any mobile or fixed above-ground non-submerged application. This can be applied in any type of motor car, heavy machinery/equipment, tower generators, and sheds. Motor vehicles, cars, trucks, buses, and heavy machinery equipment. Heavy machinery equipment tractors forklifts graders loaders dozers excavators cranes etc. By Capacitive Coupling Automation, you can be used on any mobile or fixed above-ground non-submerged application.

Is a one-time installation that can efficiently prevent and stop rust on any vehicle also on yours! The Couplertec system is a fully environmentally friendly product that hugely prolongs the lifespan of vehicles. More than 750,000 structures are fully environmentally friendly products and have been sold worldwide making this company based at Burleigh Heads Australia’s Gold Coast the world leader for the best shielding, car detailing, and removal from rust in the country.

How Does The System Work?

Couplertec Rustproofing Automation functions as capacitors. It consists of two major components: the module which is connected to a 12V power source either a 12V Battery or a 12V power pack plugged into mains power (mainly used for static structures) and the capacitive coupler. The capacitive coupler serves as a conductive plate that is affixed directly onto the surface using a high-bond adhesive. For the module, It generates frequency signals in the 200KHz range, strong enough to easily be read on a multi-meter. If the module is working correctly, a green light will flash. If the structure detects a fault, it will turn into red light.

By creating a negative (-) electrostatic surface charge on the metal surface, the (-) oxygen atom is now repelled. In other words, the technology interferes with the metal’s ability to react with oxygen.

The protected structure’s paintwork becomes compromised (exposed bare metal, e.g. stone chip or scratch), then over time a very thin layer of surface rust may eventually form on the bare metal surface. This layer of surface rust takes the place of the paintwork and becomes the dielectric, which in turn holds the charge static. The surface rust will turn a dark brown color; this is non-active ferric oxide and will not progress any further. It’s a one-time installation, is also environmentally friendly, and has a 10-year warranty!

Over time, Rust-free technology becomes the world leader for the best shielding from rust around the country. This shielding helps preserve the beauty of your vehicle’s finish and keeps the vehicle’s resale value from decreasing. Here are some other benefits you can get:

Having this shielding can definitely prolong the life of your vehicle. It also avoids future rust damage and additional maintenance cost. Ceramic Paint Protection Brisbane in partnership with Timeless Car Cleaning is a detailing company based at Burleigh Heads Australia’s Gold Coast that is an expert with ERPs. Aside from it, we also do chemical and ceramic paint protection.

Looking for more information about tint a car common mistakes? Check this link.

Designed to protect the Four Wheel Drive or SUV vehicle from rust, this system may also benefit older 4WD vehicles that are suffering from minor existing rust problems

1. Should I go for Electronic rustproofing?

2. What is Rust Prevention?

3. Do I need to make an appointment for my vehicle?

4. Do I get a discount for rust proofing my fleet?

5. How does weather affect the rust proof treatment?

7.Why do we use CouplerTec cover other electronic systems?

8. Does it void new vehicle warranties?

9. How long does CouplerTec last?

10. Do we offer CouplerTec checks?

11. Will it interfere with my battery or onboard computer?

12. My vehicle already has rust, can I use these systems?

14. What payment options do we accept?

An electronic rust protection system (ERPS) is designed to keep your electronic equipment free from rust. ERPS is often found on electronic components such as computer chips, circuit boards, and transformers. It is a simple, inexpensive way to prevent corrosion. It is one of the best ways to preserve the value of your motor vehicles among other vehicles.

GET A FREE QUOTE